Why and How to Deploy vSAN HCI Bench for vSAN?

After you setup a new vSAN/VxRAIL/VxRACK HCI deployment , you will definitely need to benchmark your cluster before moving it to production . Here is your small guide to “vSAN Performance Benchmark”  using a famous useful tool called HCI Bench which is freely available on VMware Labs website .

You may be wondering what is the recommended and correct way to test the performance  and review performance on a hyper-converged infrastructure .

If you have not gone thru my previous posts about understanding-vm-storage-policies and understanding-vsan-component-placement-sizing I highly encourage you to go thru that topic which will give you a deep insight on how components are created , placed and how we can view them .

How NOT to assess Performance

Now lets discuss how we can run performance benchmark to validate a vSAN cluster which was newly deployed and about to be staged for your production .Many people prefer to deploy a Windows or Linux VM running tools available at the guest level like IOmeter to do performance benchmark which is okay in one way to asses your performance , however we are  NOT going to assess the cluster properly.We all understand that the vSAN is a hyper-converged infrastructure , the data is placement is purely controlled and driven by SPBM (Storage policy based management ).

Lets say we have a new 8 node cluster and lets also consider your test benchmark VM (Windows or Linux which is going to probably run some performance bench marking tool) was deployed with the “vSAN Default Storage Policy” and imagine  your vmdk size where you will be running the performance test is around  50GB , we should probably be seeing 3 components (2 Data components and a witness) which is going to reside only three hosts and 3 physical disks on those three hosts .  When you start running your performance tests , all the workload and IO are only going to hit the two data components on those two hosts where the data components are placed and never going to hit any other hosts nor their disk . If the tests are super heavy workloads , we are only going to beat down those two disks which contain your data components and chances are pretty high that you will start seeing “Component congestion” and “SSD Congestion” which is artificially induced as all IOPS are specifically targeted on those two components residing those two disks .

This is one of the best I have seen which can run a good benchmark for a vSAN cluster , this tool can deploy multiple VMs on all the hosts with each VM having multiple vDisks and components will be spread across all the disks /disk groups on all member nodes , this ensures that we  push traffic thru vSAN network interfaces across all nodes , generate workloads which targets all the SSD cache tier and SSD/MD capacity (All-Flash or Hybrid ) . Here is how you initially deploy the OVA , configure it to run the BenchMark tool , we will later see how we understand the Results post running the test in the next section which I will be adding soon .

Accept Technical Preview License and download it from https://labs.vmware.com/flings/hcibench 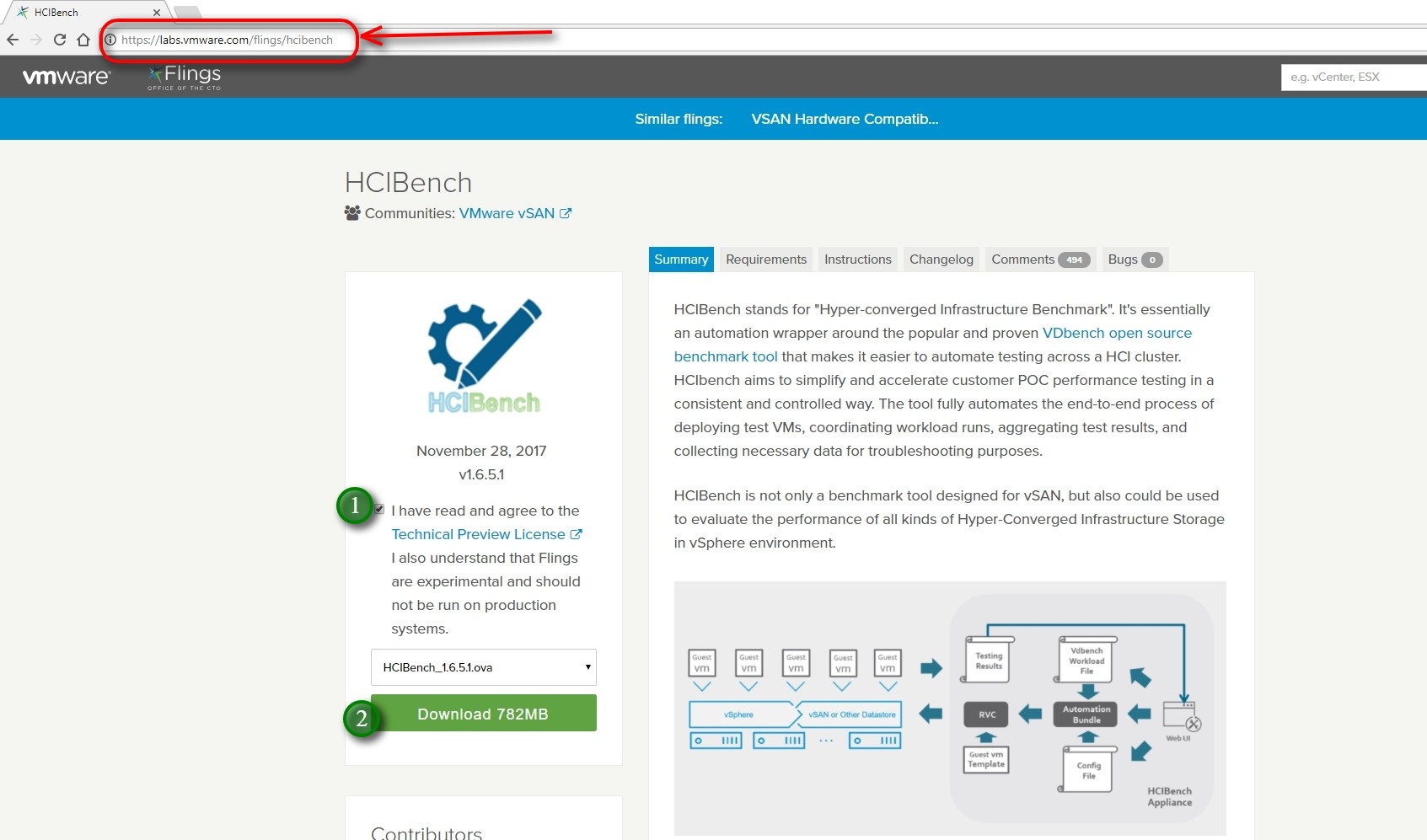 Good to have Instructions handy which may be needed later 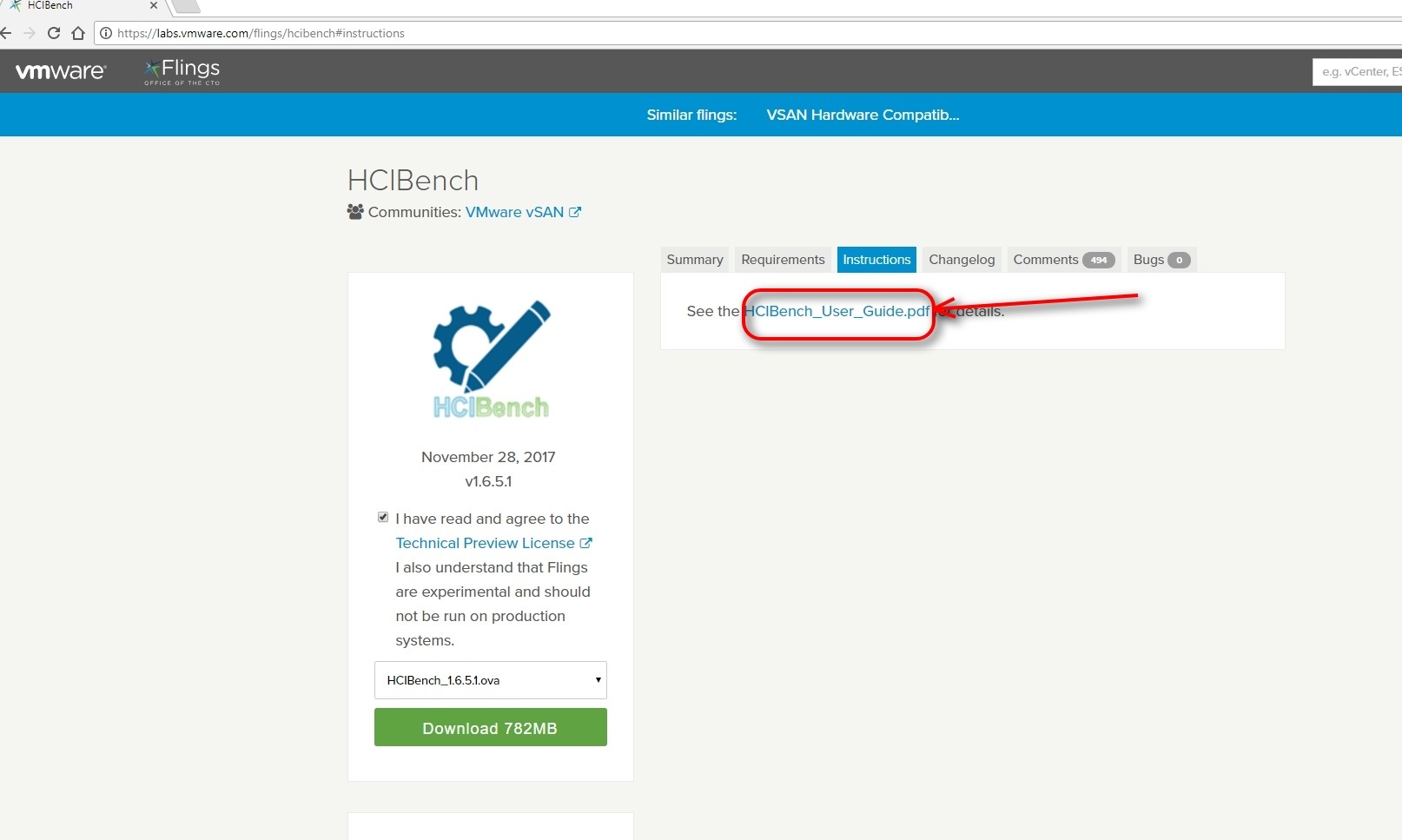 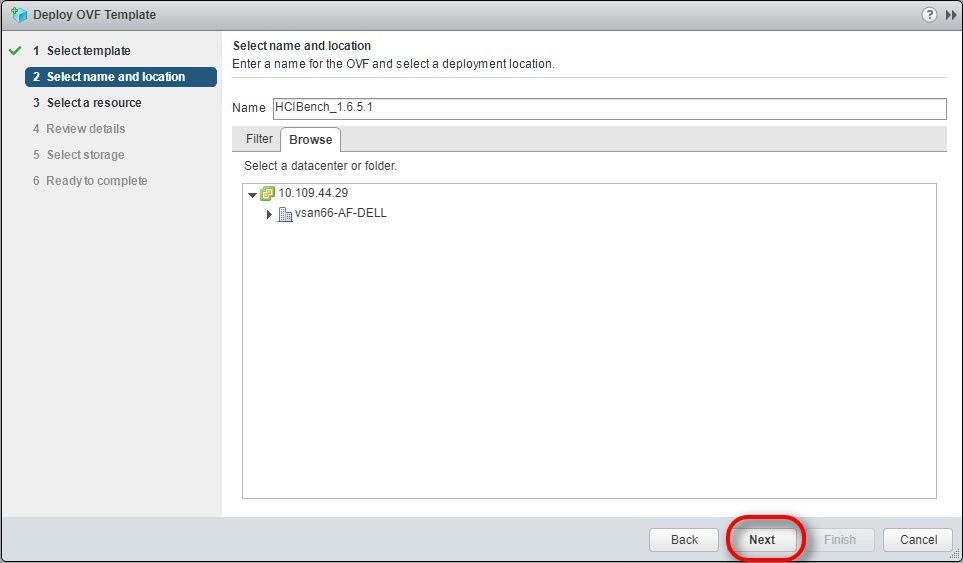 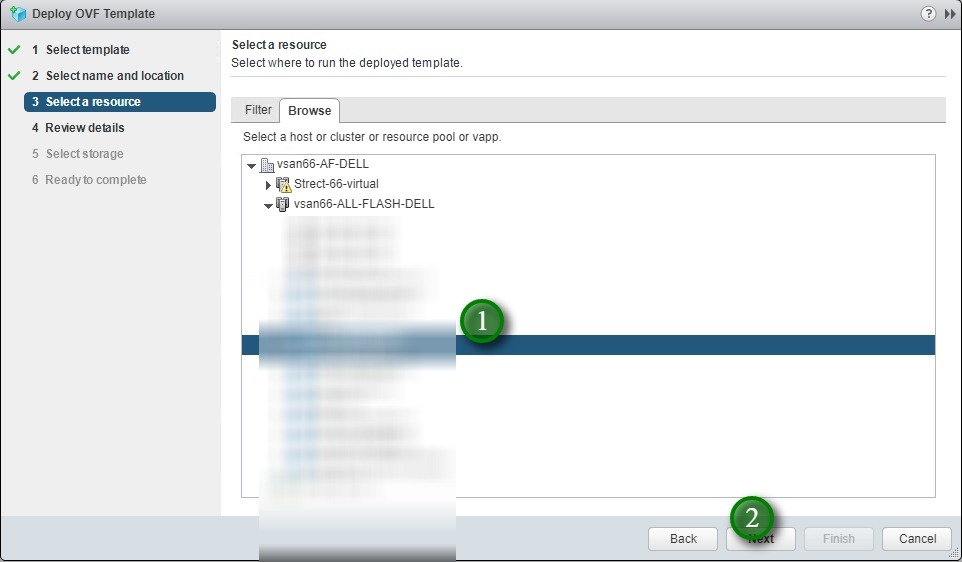 Accept and hit next for the additional settings for this OVA 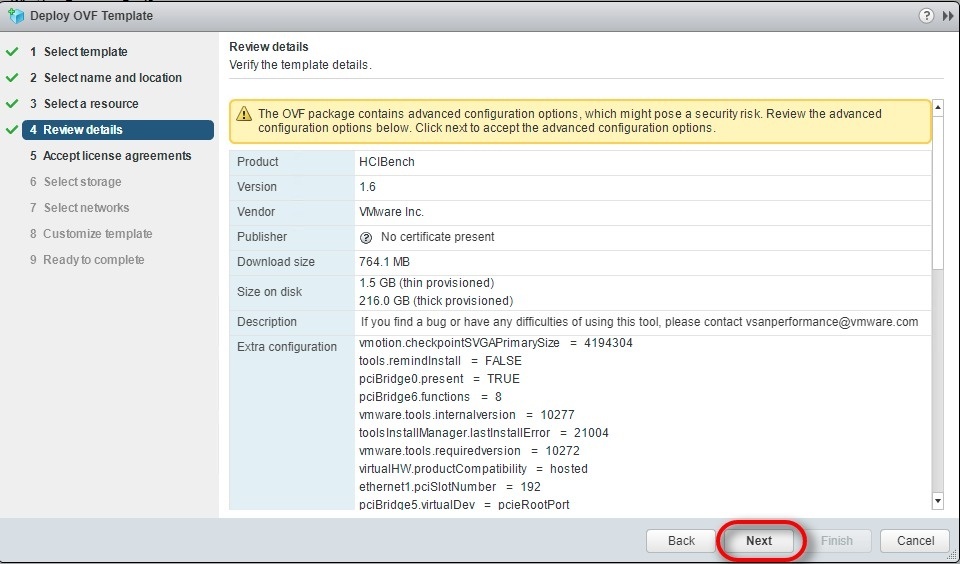 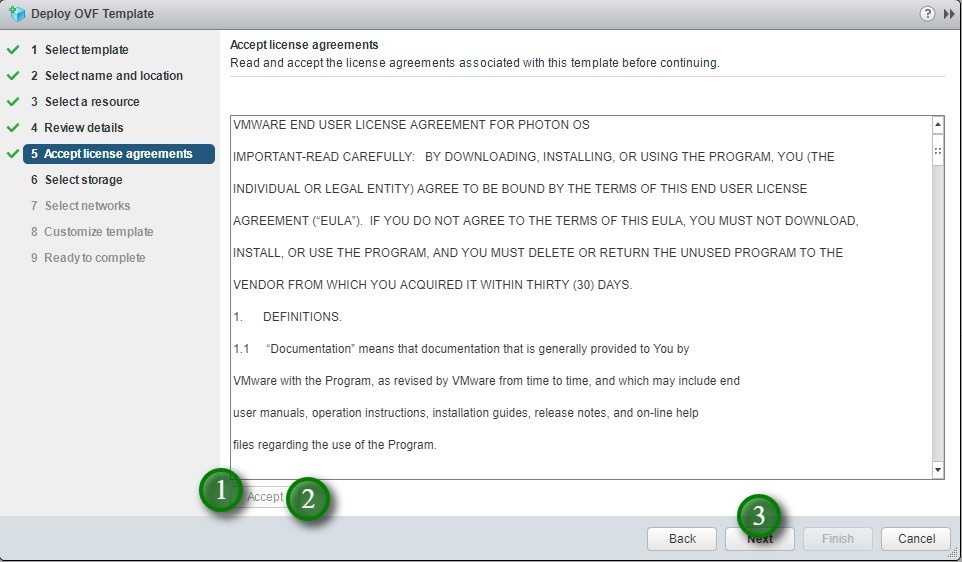 Datastore where this HCI management bench tool is going to be deployed , this is not necessary be the destination datastore where the performance bench tests will be run .

Here it is very Important to understand what is Private and Public network and this will vary depending on the environment where this is being deployed . Please understand that public network is the network where the HCI management VM is deployed through which you can run and manage your Benchmark from , ensure you have a machine in the same network from which this bench tool can be managed from . The private network is where the VDBench machines will be deployed for performance benchmark and these needs to be able to communicate with the HCI management machine thru this second nick , also it is good to have  a DHCP server on this private network or HCI bench tool has the power to assign private IPs thru this network , this can be configured later during initial configuration. 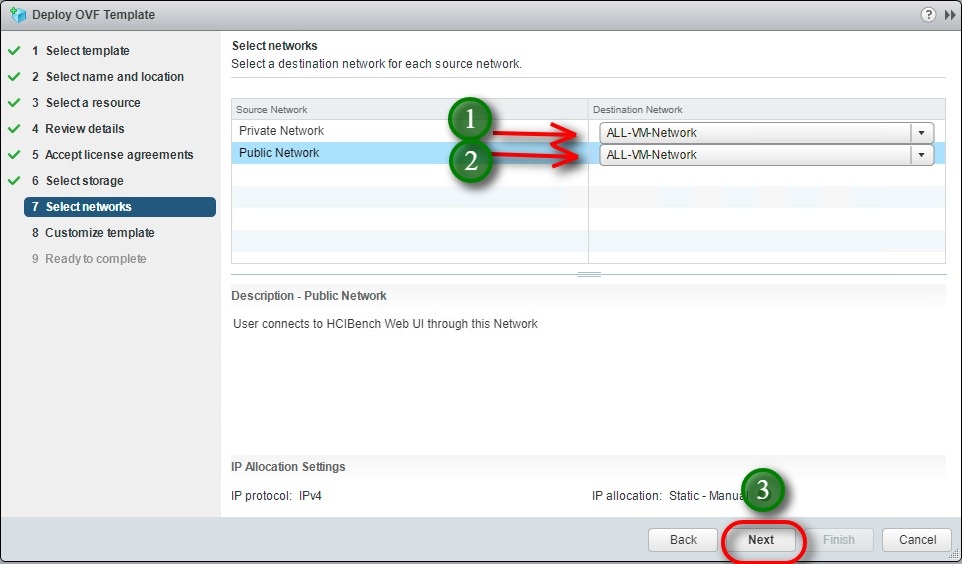 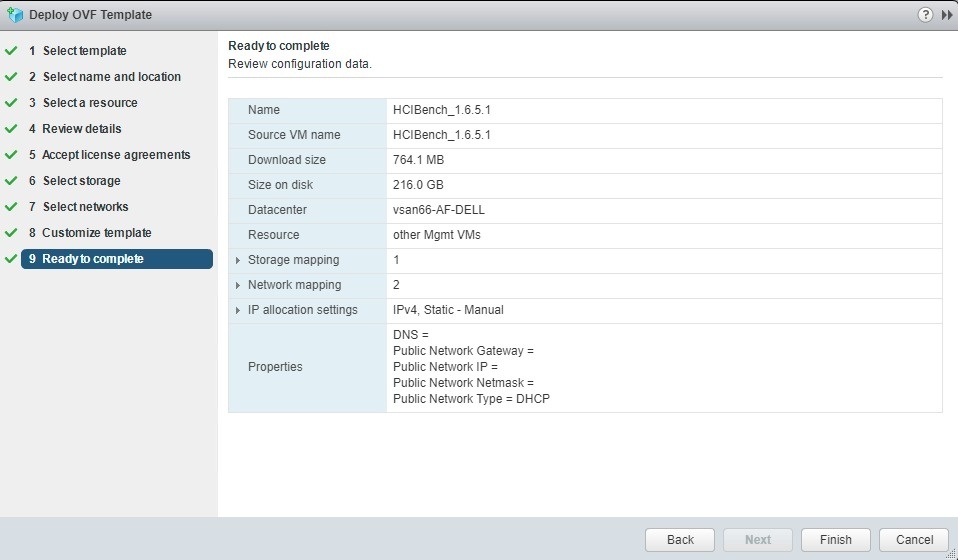 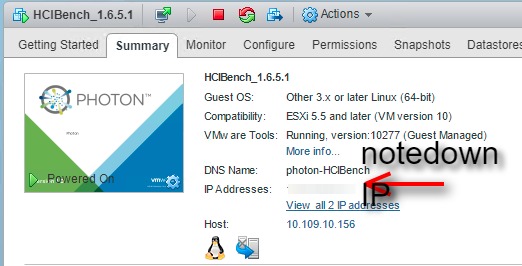 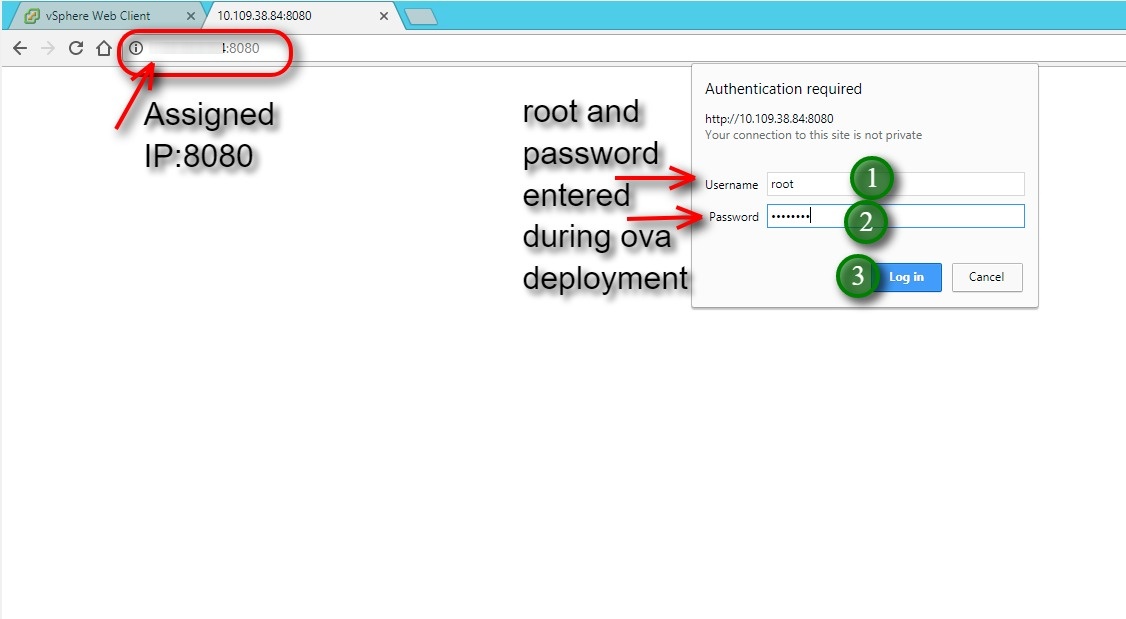 Once you enter into the configuration page (HCI Bench Management IP address : 8080) , you will need to fill in your vcenter hostname IP / username/password to authenticate to VC , also fill in details of the datacenter , customer and network where your test VDBench machines will be deployed to run the performance bench tests . 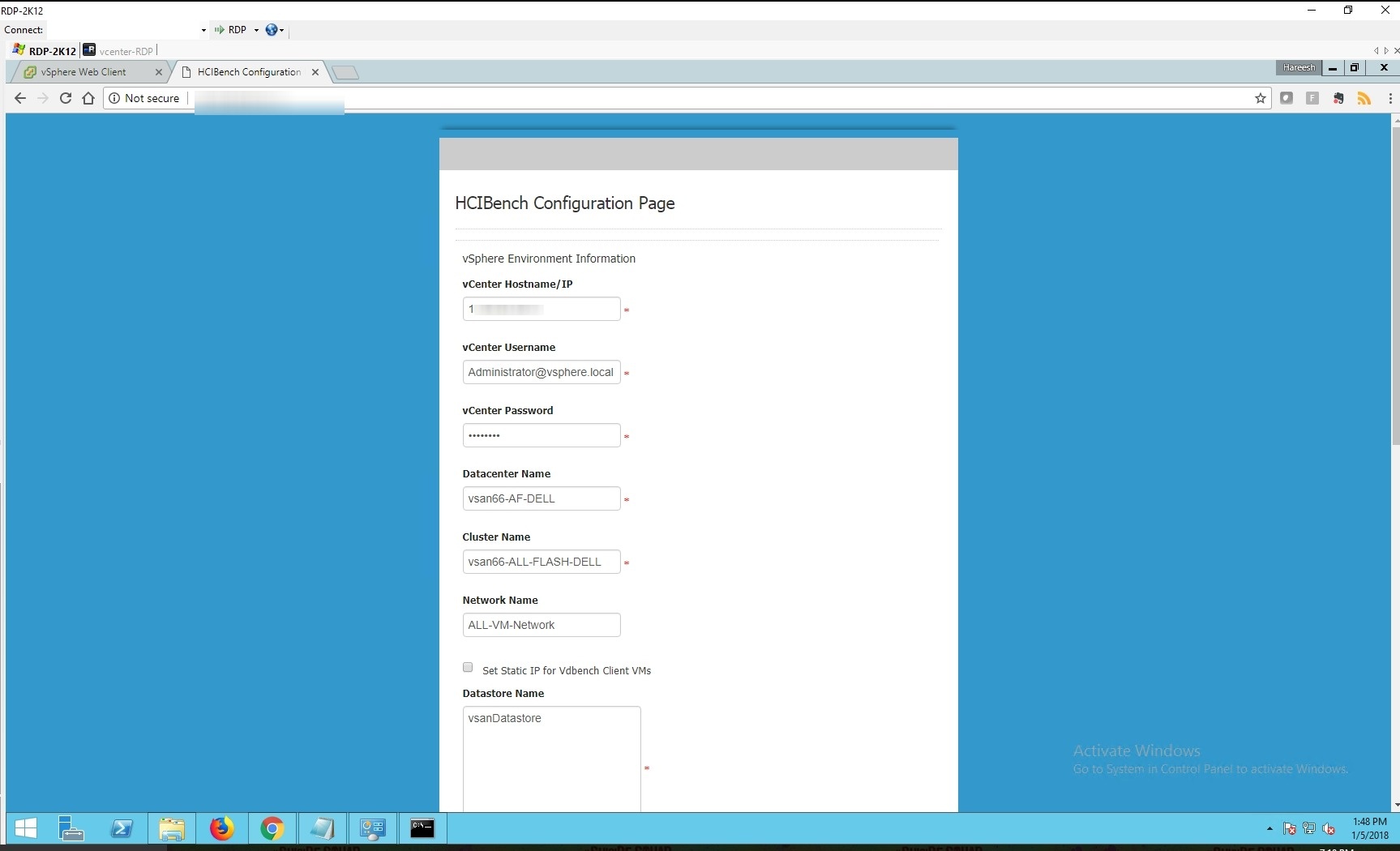 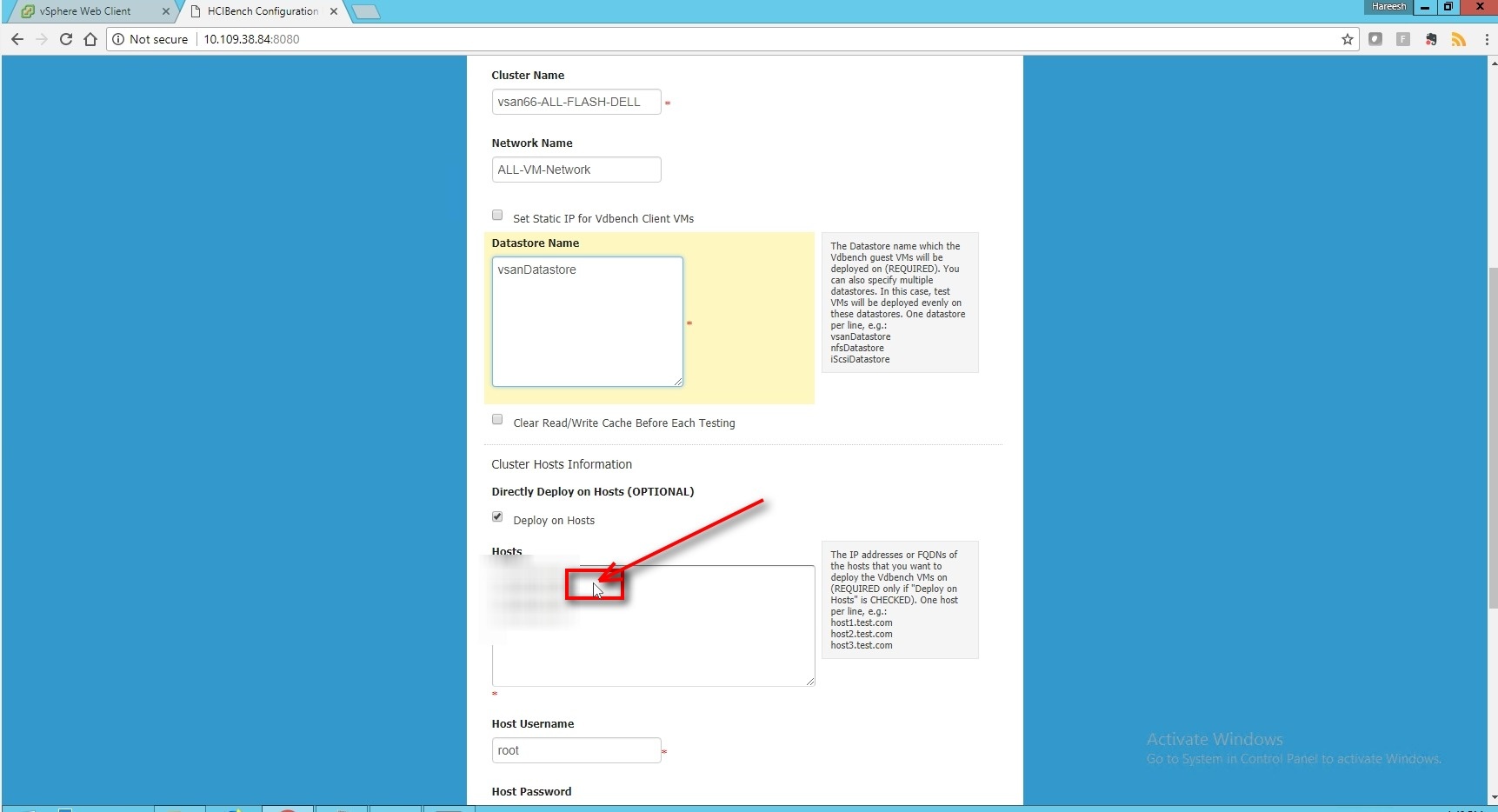 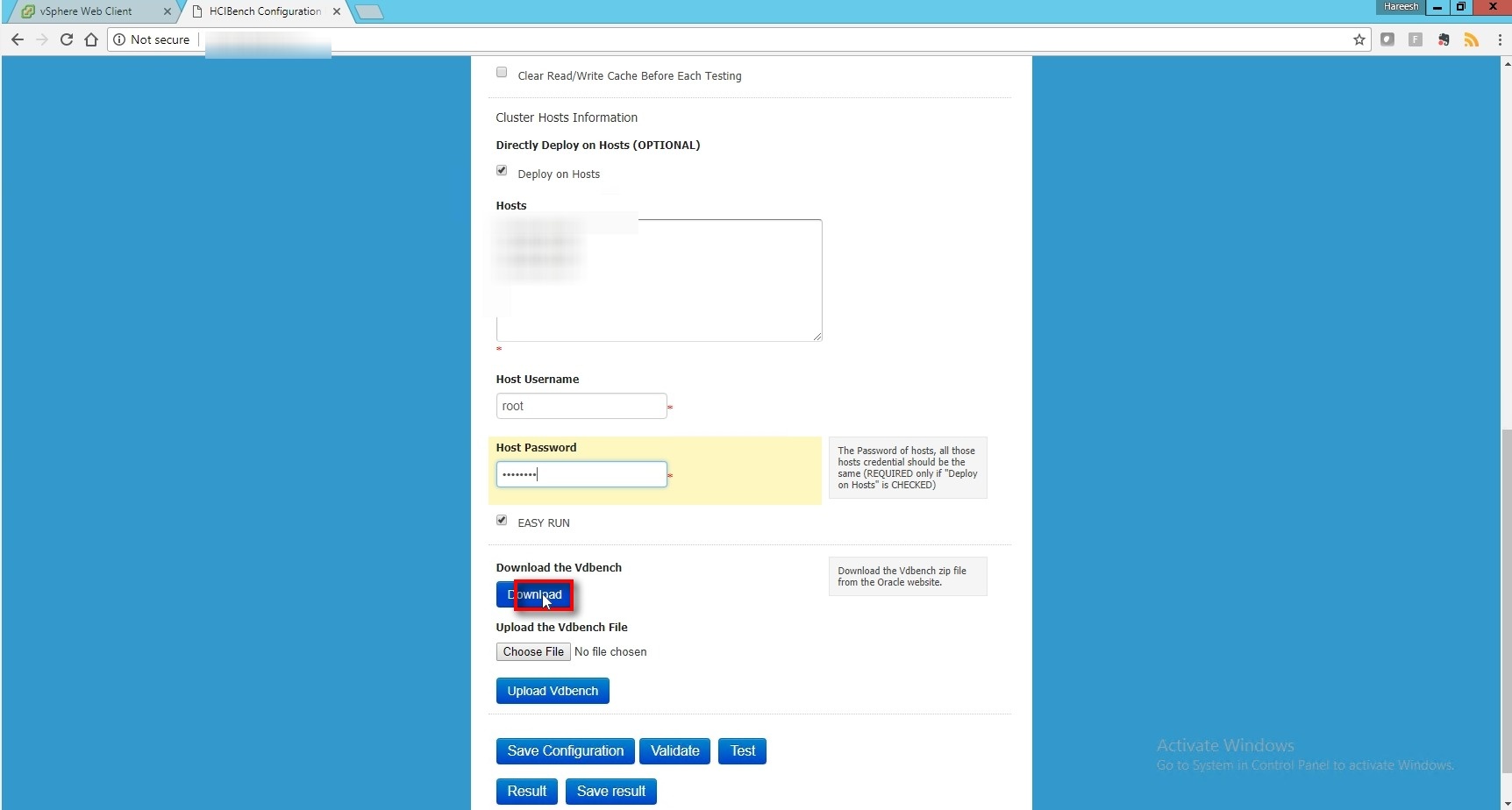 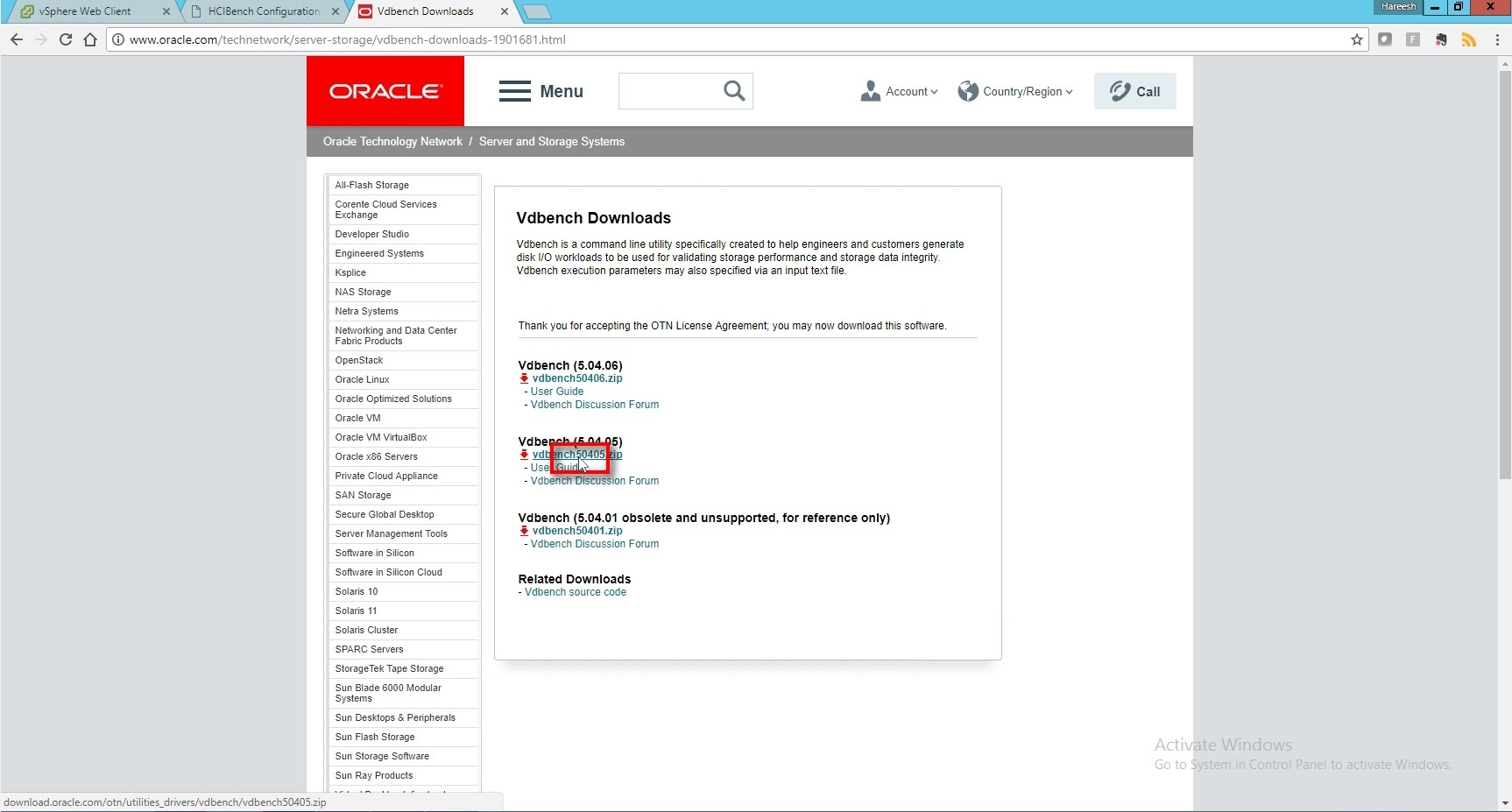 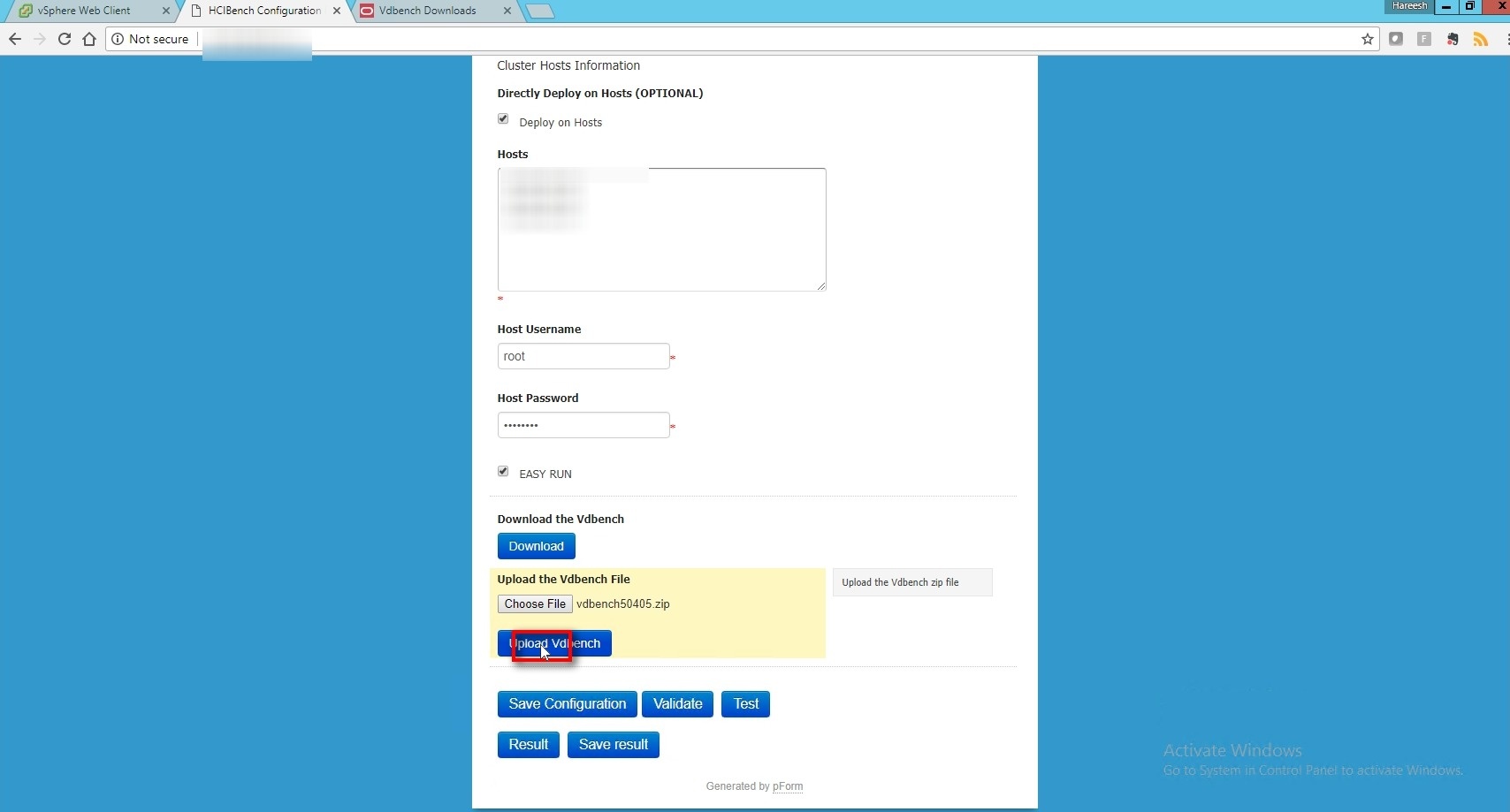 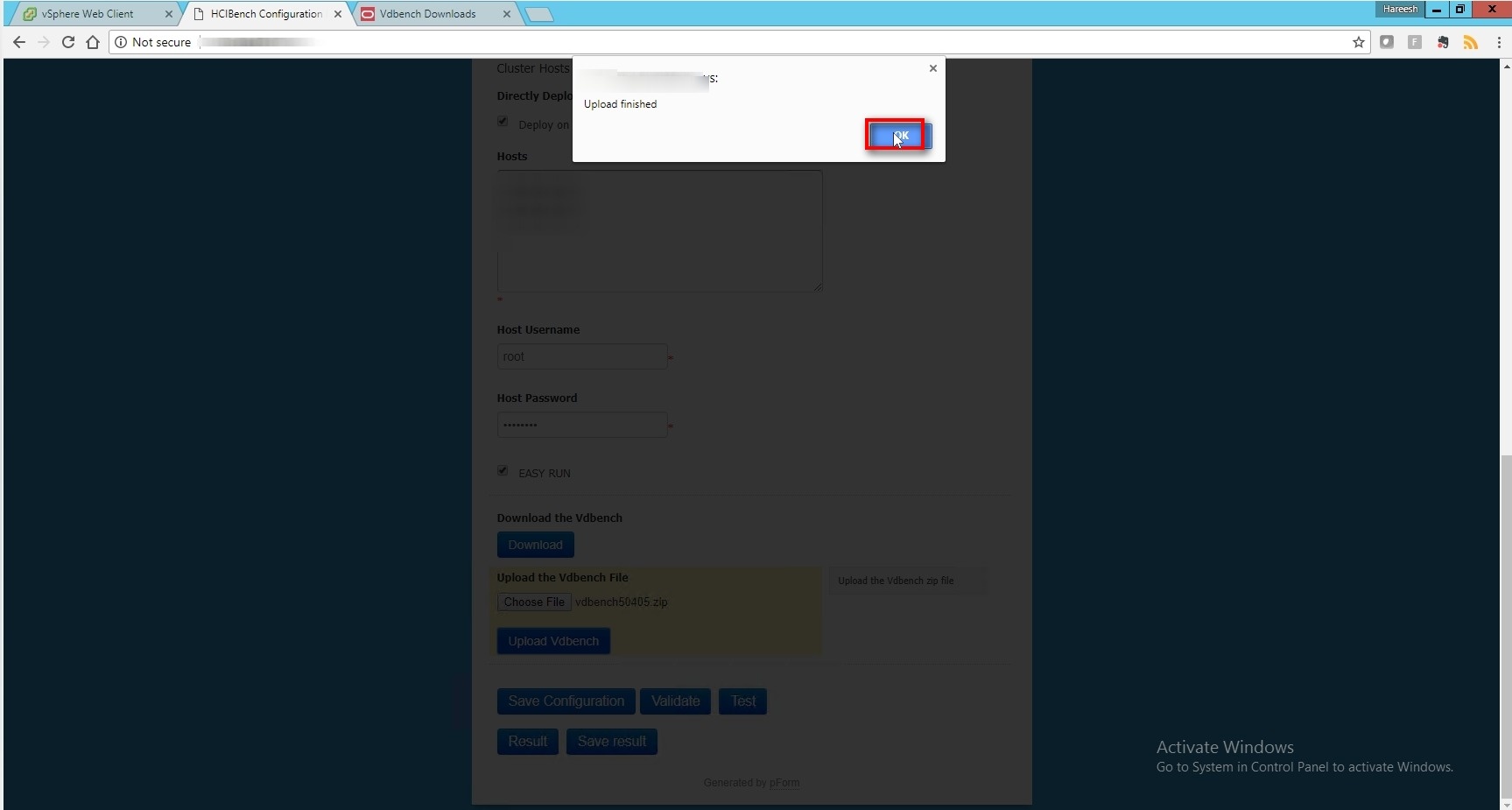 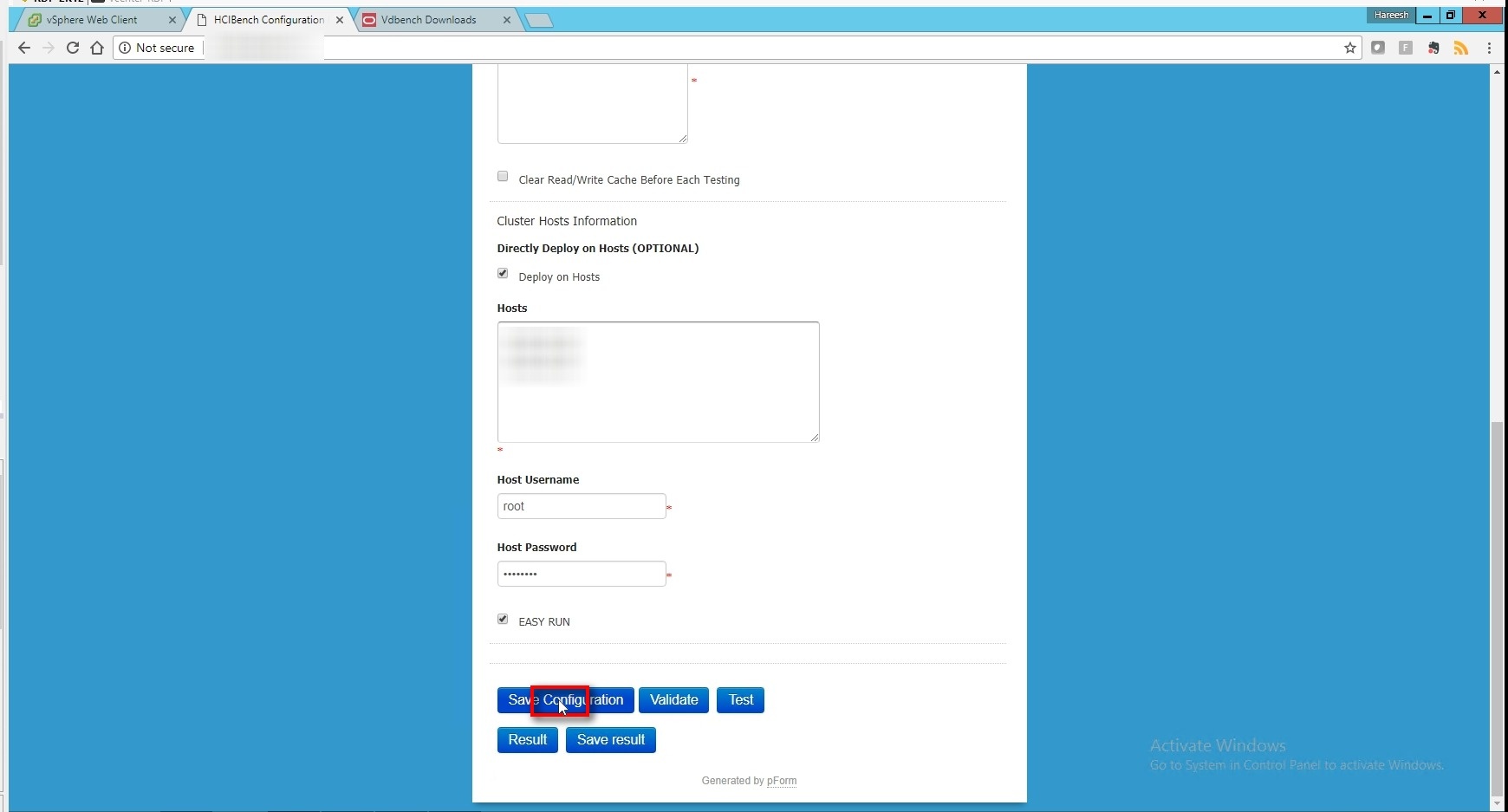 Validate and kick of the bench mark test Run 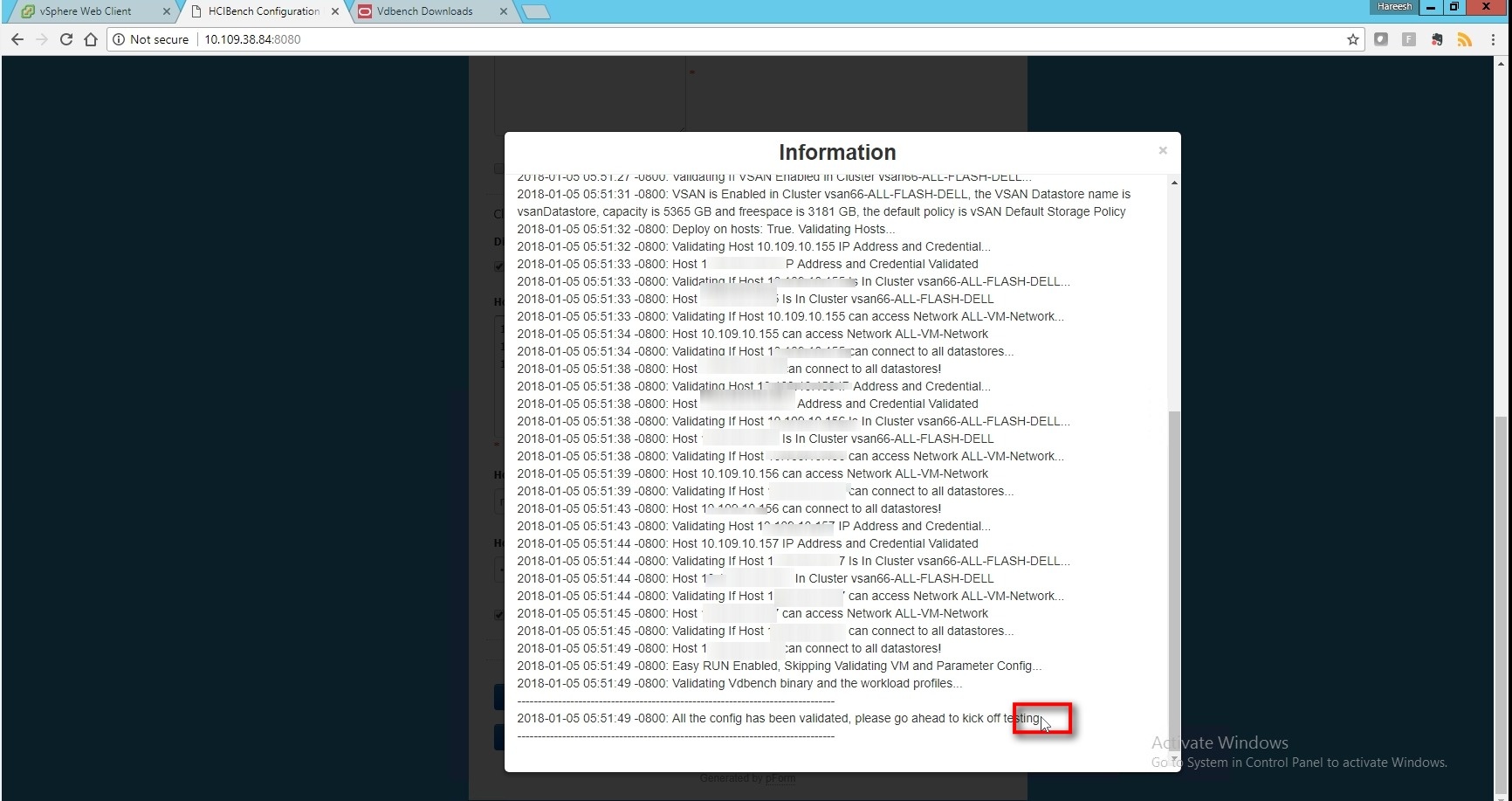 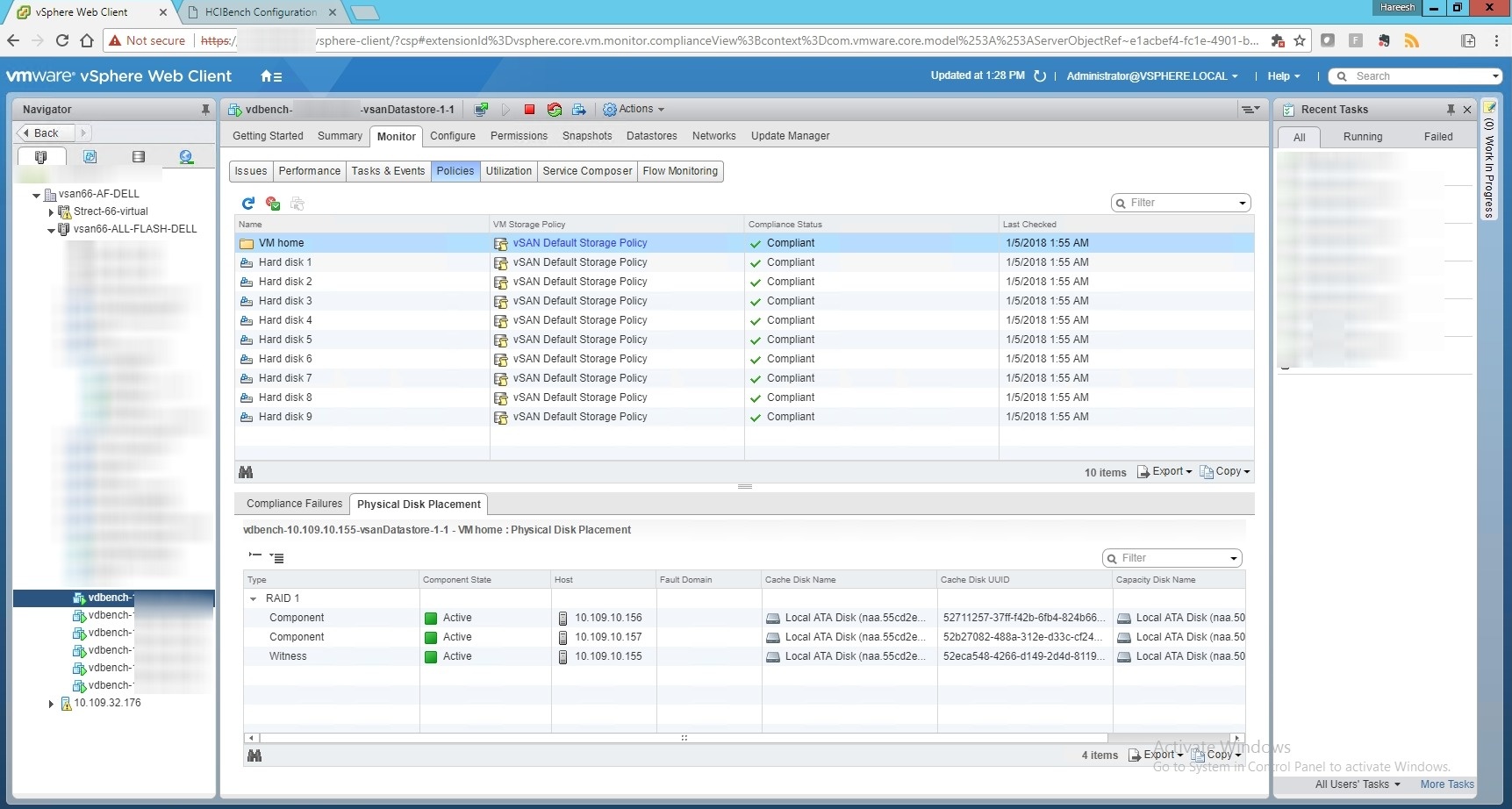 This blog  only covers steps to download , deploy and run a easyrun on HCI-Bench , however doesnot explain you how to run different tests and achieve best performance out of the cluster . I highly recommend you to read the Blog : How to run HCIBench to Achieve Best performance on vSAN ?  for better understanding on HCI-Bench advanced test-run.

2 thoughts on “Why and How to Deploy vSAN HCI Bench for vSAN?”